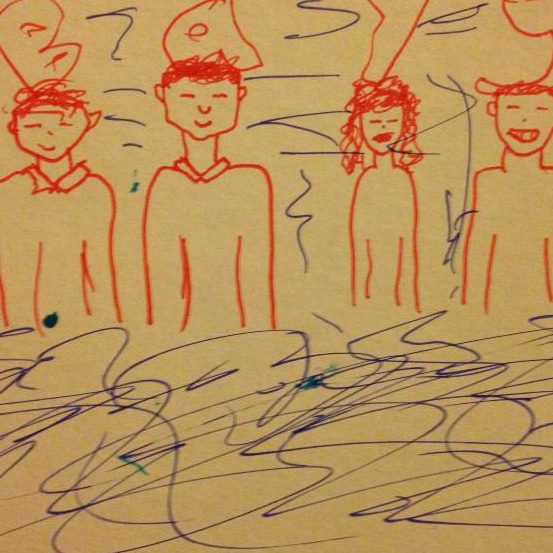 This band got in touch with me a couple of days ago, so the post should’ve been up a couple of days ago but I was in Liverpool, so that’s the reason for that delay. This is a four-piece that hail Brighton and have only been together for a couple of months, which is quite good for what they’ve come out with. They have a variety of different influences running through the band with all of them leaning towards different bands, Tame Impala, Black lips, Balkans and Warpaint just to name a few of the bands.  The band are already working on some new tracks and tell me it won’t be long until they’re out which I’m already looking forward to.

I’m a bit of a novice within this genre I’d say because I don’t have a rich knowledge of bands and artists when it comes to shoegaze and slightly psychedelic music, but I quite like it so I’ll give it a go. They call this music ‘Gearwave’, which is something that I’ve never heard of before, but after listening to this I will definitely digging deep within this genre. For me it’s a sound I’ve never really heard before, and I find it really interesting and actually quite catchy. It’s a song you need to listen to loud or with both earphones in, else you won’t be getting the full effect of it. The lyrics are extremely psychedelic, especially at the part where he sings ‘We’ll always love you, you’re always in our hearts’, it’s hard not to sing along after listening to it a few times.  Finally just a quick word on the vocals which I think really stands out in the song, and plays an integral part to the song. Overall  I think it’s a brilliantly produced piece of music, and how well they’ve worked to achieve the sound they now have, very excited to hear what these guys come out with next and hopefully I will be slightly more knowledgeable about the genre by then.