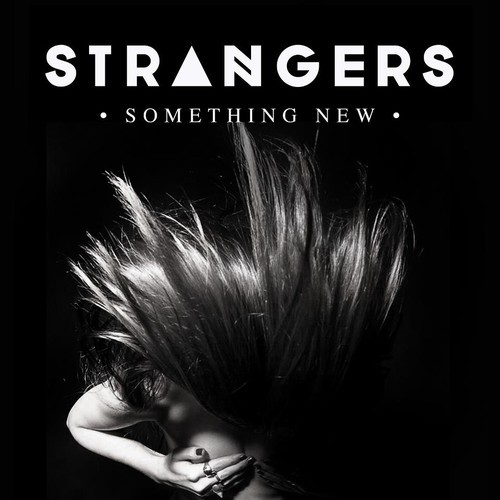 Strangers are a dark-pop group coming from London and in the band we have:

After a year that saw the band release three EPs, earning praise across the blogosphere, managing to  played on Radio 1, earn a a place onto the  XFM playlist and attention from the likes of Mixmag, Music Week and Artrocker, and support slots with Niki and The Dove and Grimes. So in a year the band have managed to complete a lot, perhaps more than what some bands complete in 5 years.

I have never really been into synth pop until I listened to Decibels and their song ‘RUZA’, since then I’ve looking round in search of other synth-pop artists, and it was then when I came across STRANGERS. Their dark tones and clear vocals made the place in my heart for synth music slightly larger with their song ‘Something New’. Throughout the song you never feel at ease, as if you’re waiting for someone to scare you from behind, also the lyrics don’t help this with lines like ‘Touch my chest, and feel my pulse, there’s two heart beats and you live underneath it all”. Although it has beautiful dark side to this song, it also manages to be quite groovy, slightly making you want to float across the room. The vocals play an instrumental part in this song, Maddox-Jones has a  clean edge to his voice,making you listen so much more intently. There’s not a dull part present in the song with the beat constantly holding attention throughout, until the chorus bursts through like a ray of light leaving you no other choice but to sing along.The song was produced by  Dimitri Tikivo, who has worked with The Horrors and Goldfrapp. You can hear a sense of his work throughout this song, as there is a Horror’s feel and to it all but just more pop. After the first listen you can understand why it’s gained so much recognition and plaudits, as well as air play and a place on the XFM Playlist. This is only the start for STRANGERS and their sound, now they’re on my radar I won’t be losing track of them anytime soon.